Why did India abstain from voting conducted on 12th July on LGBT rights in United Nations?

Considering these ‘condemnable’ stance of India in UN, abstinence from voting is welcome and supposedly a move in forward direction.

Country’s stance in UN is the prerogative of the incumbent government and the stance of incumbent is mostly dependent on/influenced by the country’s citizens. So while we discuss about the rightness or wrongness of India’s stance, it becomes important to understand the LGBT acceptance scenario in India.

When elections were going in full swing, I had written a post in Breaking The Barriers [4] , I’m reproducing an excerpt from that post here-

India is socially maturing. Since we had social media revolution after devaluation of telecom sector, the views of people have begun to change gradually.According to a Pew research, more and more Indians are accepting LGBT people and supporting LGBT rights.As the awareness increases, as the talk of lgbt rights become a mostly-accepted idea, we shall see more and more parties openly embracing LGBT rights.

This 2013 Pew Research shows that more a country is religious the less acceptance it has for homosexuality[5].

If we were to see the global scenario of acceptance for LGBT community, we observe a largely positive trend. 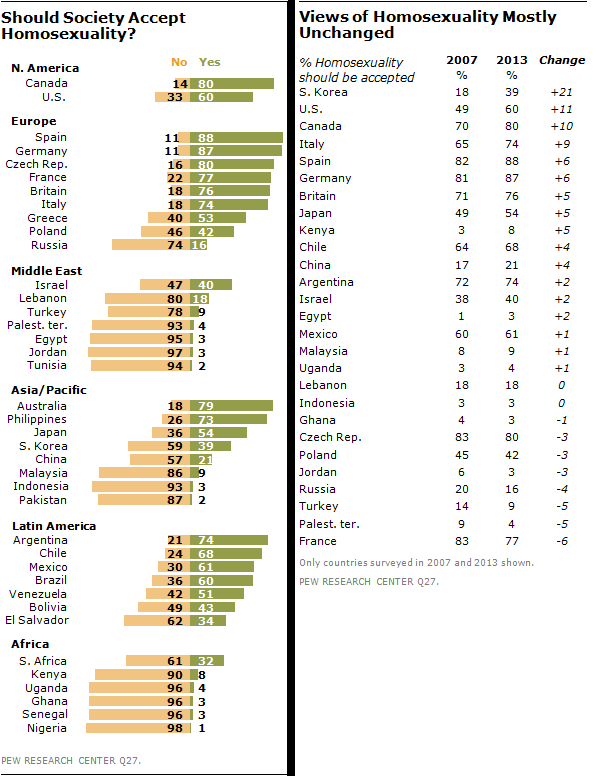 Observing the above chart, we can see that most countries are moving towards increasing acceptance of LGBT.[6] 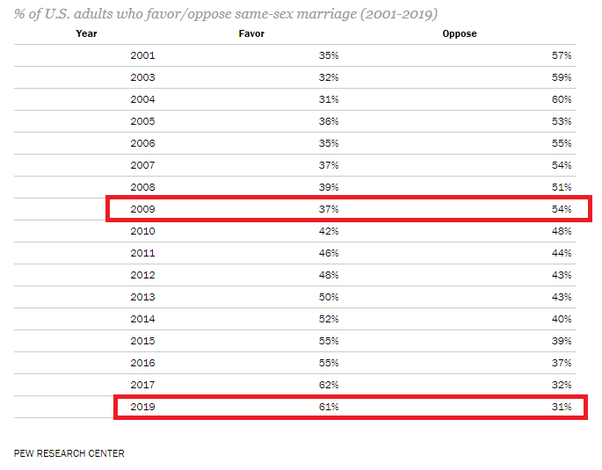 This data set again from Pew Research center tabulates the % of adult Americans who are in favor of same-sex marriages. In past 10 years the number of Americans in favor of gay marriages has drastically increased. One of the major reason behind this change in view is the influence of social media. [7]

In past decade, social media has become more and more prominent giving people more exposure then ever and accommodating voices and views from all corners and all ends of spectrum.

A similar trend can be seen in India too. In 2016, when JIO was launched and for the first time Internet was available to people at a very low cost, social media platforms saw a huge increase. Be it facebook or twitter or YouTube etc., the number of Indian users increased by huge numbers.

With time, now more people have access to social media and more than ever Indians are streaming YouTube videos. All this exposure is bringing changes in views[8] of people and it will not be malarkey to say that in time to come we will see more and more Indians supporting LGBT rights. And that will be the time when the incumbents will have to take a positive stance on LGBT rights.

Today India has come from a vote against LGBT rights to absistence . In some years we will (hopefully) see this absistence being converted into a vote in favor of LGBT rights.

Because neither was Rome built in a day nor did America legalize same-sex marriages in a snap.

About the Author:
KU